A fully deployed Mac in 10 minutes

Py-Deploy has been tested on OS X 10.10 "Yosemite" and 10.11 "El Capitan." It does not require any special prerequisites on the OS side, and can even be used with a default OS X installation right out of the box, as OS X natively includes Python. It is not necessary to "pre-image" the Mac, saving valuable time both in prepping to deploy Macs as well as reduced training and documentation. Anyone that has ever set up a new Mac at all can easily use Py-Deploy. Some of our smaller remote offices without dedicated IT staff have been using it and it works relatively well over the inherent chaos of the internet.

Initial setup is run via a script downloaded from a central server. At my employer I have a simple webpage that has links to download scripts specific to geographical region. The script maps a network drive to a local server for installation of large software packages. The scripts themselves run from my deployment server in the US. 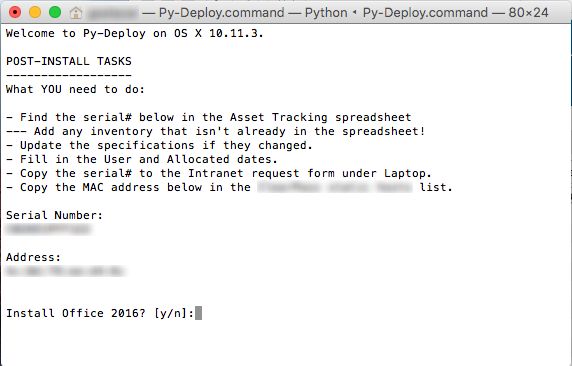 Py-Deploy's initial screen, where serial number and MAC address are collected.
Additional instructions for the technician are also provided. 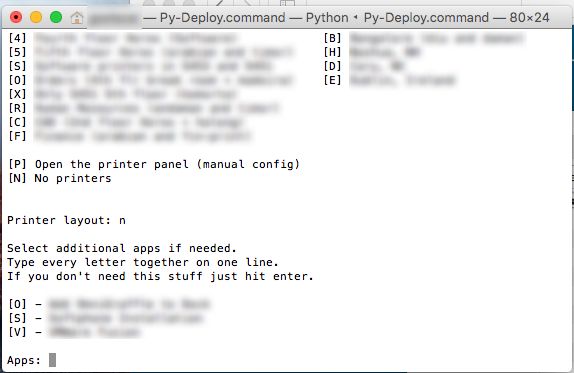 Printers are configured with single characters, which may install multiple printers.
Remote offices do not see this screen, and automatically only get their local printers.
Applications are also associated with characters, and multiple characters are allowed. 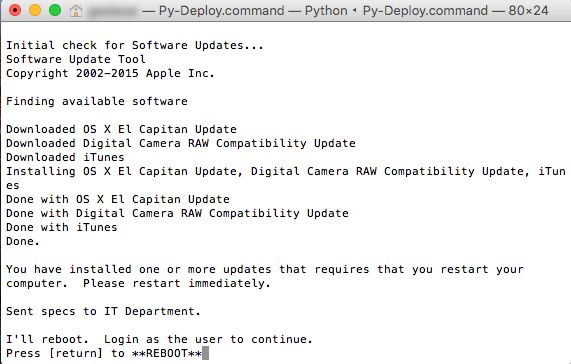 Software updates are automatically done at the end of the initial script.
An email is sent to the IT staff informing them of an image reaching this point. 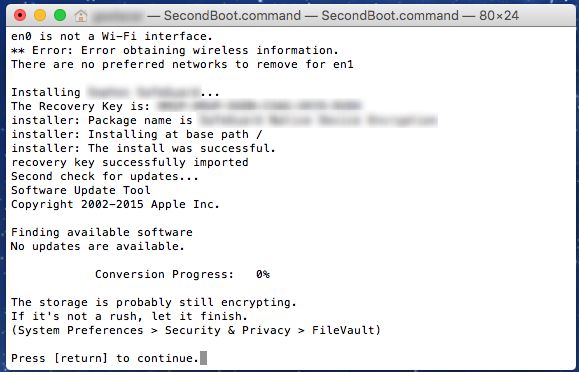 After a reboot, additional tasks can be run. In this case, software
dependent on disk encryption being enabled is installed, and the desktop is tweaked.